Bayberry in the Media

‘A jewel of its own’: Bayberry celebrates diamond anniversary with picnic

The 60th anniversary celebration will feature live music, food and a display on the community’s history. Sen. John A. DeFrancisco and other local government officials are expected to attend, and there will be family-friendly games and activities, including water slides.

“As neighborhoods get older, there’s always a turnover of new residents. A lot of them that come into Bayberry have children. You keep the children busy, you keep everyone happy,” said BCA President Mike Banks.

While Liverpool is a much busier place since Bayberry’s 1956 inception, the sense of camaraderie among the neighbors who live in the community’s more than 1,500 homes is much the same, according to longtime resident and historian June Baycura…

Bayberry residents were pictured in OCRRA’s Spring 2016 Newsletter as participants in their Earth Day Litter Cleanup. The Bayberry Community Association signs up each year to help beautify our neighborhood and its surroundings. To view the newsletter, click here. 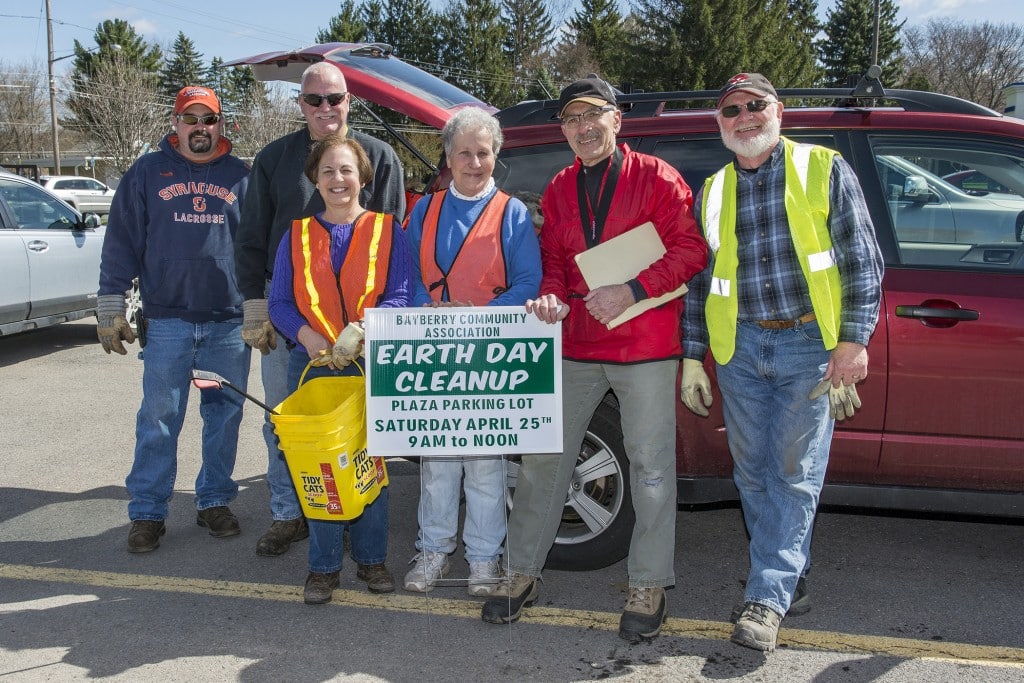 “Bayberry’s Neighborhood Association may be closing”

[Excerpt] Bayberry is the Syracuse area’s oldest planned suburban housing development, started in the mid-1950s for employees of General Electric’s then-new Electronics Parkway television manufacturing facility. Over 15 hundred houses are along the fruit-tree named roads, housing 10% of the Town of Clay’s population.

Since it started, there’s been a Bayberry Community Association, which has taken care of planting flowers in medians, and with running community wide events like the Bayberry Garage Sale (set for May 16th),Summer Picnic, Halloween Parade, Santa Visits, and Holiday decorating contests. The association has also supported area fire and ambulance groups, scout troops and sports programs. That may be ending…

TV anchor Matt Mulcahy and Prime Time Horns front man Paul Valentino grew up together in the Liverpool neighborhood of Bayberry. They played baseball and basketball together. They went to Liverpool High School together. Mulcahy made Valentino wear his seat belt when they drove around together as teenagers.

On Sunday, after nearly 40 years of friendship, both men will be honored together at their high school’s hall of fame for excellency in the fine arts…

Donate to the BCA, our Scholarship Fund, or other BCA activities and events. Be sure to let us know how you would like your donation to be used. Thank you!